What Makes A Basement Finished

So What Exactly Is a Finished Basement?

Some houses have basements that function as extra bedrooms or recreation rooms. Just because these basements are usable as a living space, it does not qualify them as finished.

For a basement to qualify as finished, the whole level has to be complete, in a manner resembling the upstairs living areas. In short, it needs to have an accessible entryway, level ceiling, the walls framed, an electrical system wired in, an HVAC system installed, and other works like plumbing and flooring completed. 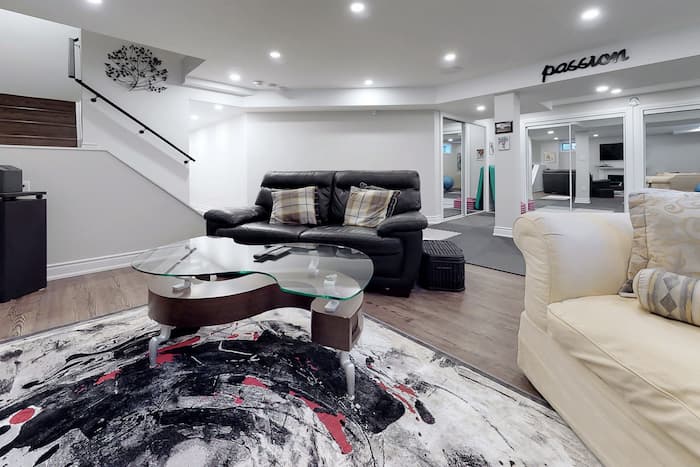 Unfinished basements lack the simple components of furnished spaces as they have not had any touch-up work done on them since their construction. These basements have exposed pipes and beams. This makes them more susceptible to moisture and mold.

A semi-finished basement is exactly what it sounds like – some finished and unfinished areas. These are cheaper for homeowners who want to have extra living space but do not wish to finish the whole basement. 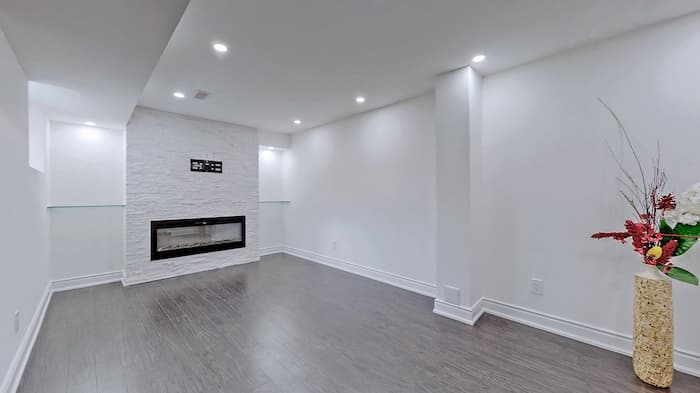 How to Determine If a Basement Is Furnished

What constitutes a finished basement? Overall, you can easily tell whether a basement is finished or not just by looking at it. But that is not always possible especially if you are new at it. This section will discuss everything you need to know about finished basements in detail.

Here are some of the things to look out for to determine the state of your basement:

For a basement to qualify as finished, it needs to have permanent interior stairs leading into it. In this case, finished areas that are only accessible by ladders such as lofts do not count as living areas.

Note that a basement is still unfinished if the only way to access it is through an exterior door.

The materials used on the walls and ceiling should match that used throughout the entire house.

The flooring also needs to match the type of floor used throughout the rest of the house. The most commonly used materials are tiles, laminate, wood, and carpet. Concrete floors in a basement mean that it’s unfinished.

Also, as we’d mentioned earlier if the ceiling has exposed poles or beams and the walls are painted over concrete and there’s no drywall, then the basement is considered unfinished. 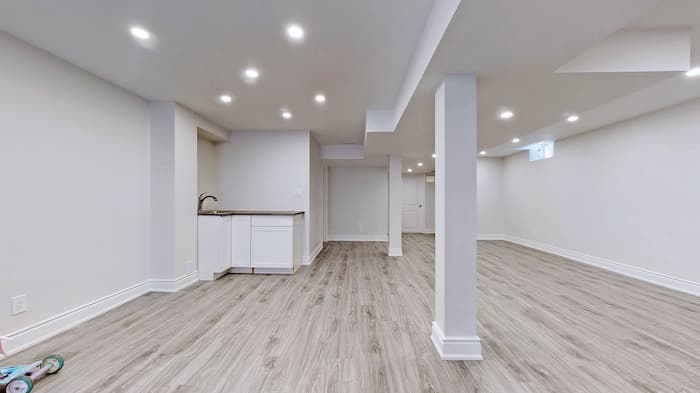 Nowadays basements are a must-have for people buying or building houses. Do you have a plan for a finished basement and don’t know where to get started? CSG Renovation offers full services relating to basement finishing in Toronto and its environs. If you’re also looking to have your basement remodeled, don’t hesitate to call +1 (647) 428-0007. CSG Renovation will answer all basement-related questions you have.

How Long Does It Take To Renovate a Condo

How To Install Laminate Flooring On Concrete Basement Floor